How WNYC and Gothamist engaged audiences around transit woes, needs

Want to know more?
Feel free to reach out.
info@wearehearken.com

The editorial objective is simply this: Connect around the shared experience of commuting in New York City as well as offer the latest news.

WNYC and Gothamist partnered on the “We the Commuters” project as a way to serve the information needs of New Yorkers who used mass transit. Working with limited staff time and constructing the approach as they went, WNYC and Gothamist developed a system of coverage sprints, live events and a following on social accounts and their weekly newsletter.

When it comes to topics that New Yorkers have a lot of questions about, it’s hard to beat transit.

“It really speaks to pretty much what unites all New Yorkers, how to get around the city,” said Patricia Willens, metro editor at WNYC.

In 2017, when NYC was facing a “summer of hell” of intensive Penn Station repairs, WNYC and Gothamist partnered on the “We the Commuters” project as a way to serve the information needs of New Yorkers who used mass transit. The project then went on hiatus, but when WNYC acquired Gothamist the next year, both newsrooms saw an opportunity to collaborate in a bigger way. Working with limited staff time and constructing the approach as they went, WNYC and Gothamist developed a system of coverage sprints, live events and a following on social accounts and their weekly newsletter. Here’s a look at how they built it, and where they’d like to head next.

They were able to assemble a team of 8 people, including reporters, a designer and producers for the newsletter, social media and events whose work would include We the Commuters. But they all have other responsibilities, so no one is devoted to We the Commuters full-time. “I think we punch above our weight given that we’re getting a sliver of everyone’s time,” Chung said.

Following the “summer of hell” coverage, the We the Commuters approach was developed in response to other unfolding news events, like the partial closure of the L train tunnel. In early 2019, the team put out a survey designed to surface transportation topics that were of the most interest to respondents. In the approximately 1,600 responses they received, three topics rose to the top: biking, homelessness and accessibility in the transit system.

First, the team tackled bicycling with a sprint approach, producing 3–4 stories a day over a week, in addition to at least one radio segment or feature a day. “We almost had too much content,” Chung said.vNext up was homelessness, and they tailored their approach, producing one story for Gothamist’s website a day, with a few radio features over the week.

The sprints culminated in live events in The Greene Space. For instance, a live in-studio show on the topic of bicycling that included performances by comedians and music plus a news-making panel that included the highest-ranking uniformed NYPD official.

Across all of We the Commuters’ platforms, the high audience interest in transit information is evident.

In addition, having these focused sprints has given reporters insights into these issues that inform their other reporting. Immediately before the week on homelessness, reporter Stephen Nessen broke the news that the state wanted to hire more transit police officers in what homeless advocates said amounted to a crackdown. When Rep. Alexandria Ocasio-Cortez wrote a letter to the governor criticizing the plan, she cited the We the Commuters coverage.

This project has also broadened the audience they are speaking to. “(The reporters) get so much motivation when they are speaking to people who know We the Commuters, who care about the work we’re doing, who want to share their stories,” Willens said. “They are not the typical people they would be meeting and finding in their regular way of doing things.”

Chung and Willens would like to build the We the Commuters approach into other newsroom initiatives: “There are so many pressing issues — elections, affordability, and education — that would benefit from a We the Commuters approach,” Willens said. But there remains an open question. How can newsrooms pursue engagement projects like We the Commuters with limited staff and time? “There’s so much other stuff that’s going to be happening this year — namely the 2020 election — that it’s going to be almost a fight for resources,” Chung said.

The survey for We the Commuters’ last planned major topic from the initial outreach, accessibility, closed Dec. 4. Once that topic sprint is over, by mid-March, the group will be deciding where to go from here. “Obviously we want to engage our audience as much as possible around that, what we are going to do next,” Willens said. “We’re at a great pivot point, and it’s an exciting point. We have to make sure not to lose all this momentum.”

“There are so many pressing issues — elections, affordability, and education — that would benefit from a We the Commuters approach.” 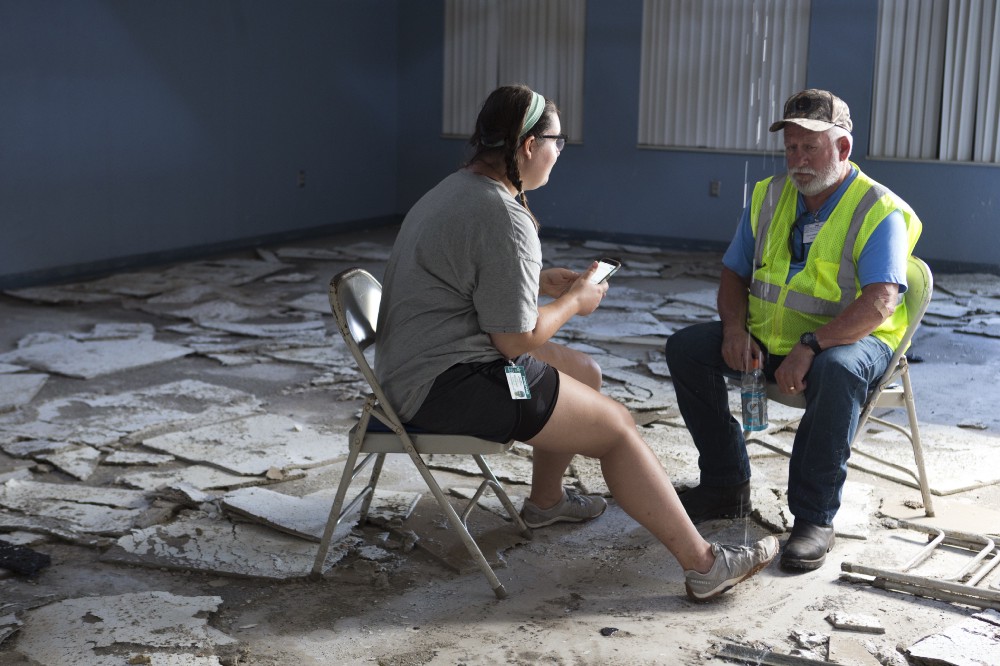 The Panama City News Herald used Hearken to understand what their readers needed to know before, during, and after a major hurricane.

How do you report a story that satisfies the curiosity of a child and appeals to your adult audience? It’s not easy, but our partners at WBEZ stepped up to the challenge.