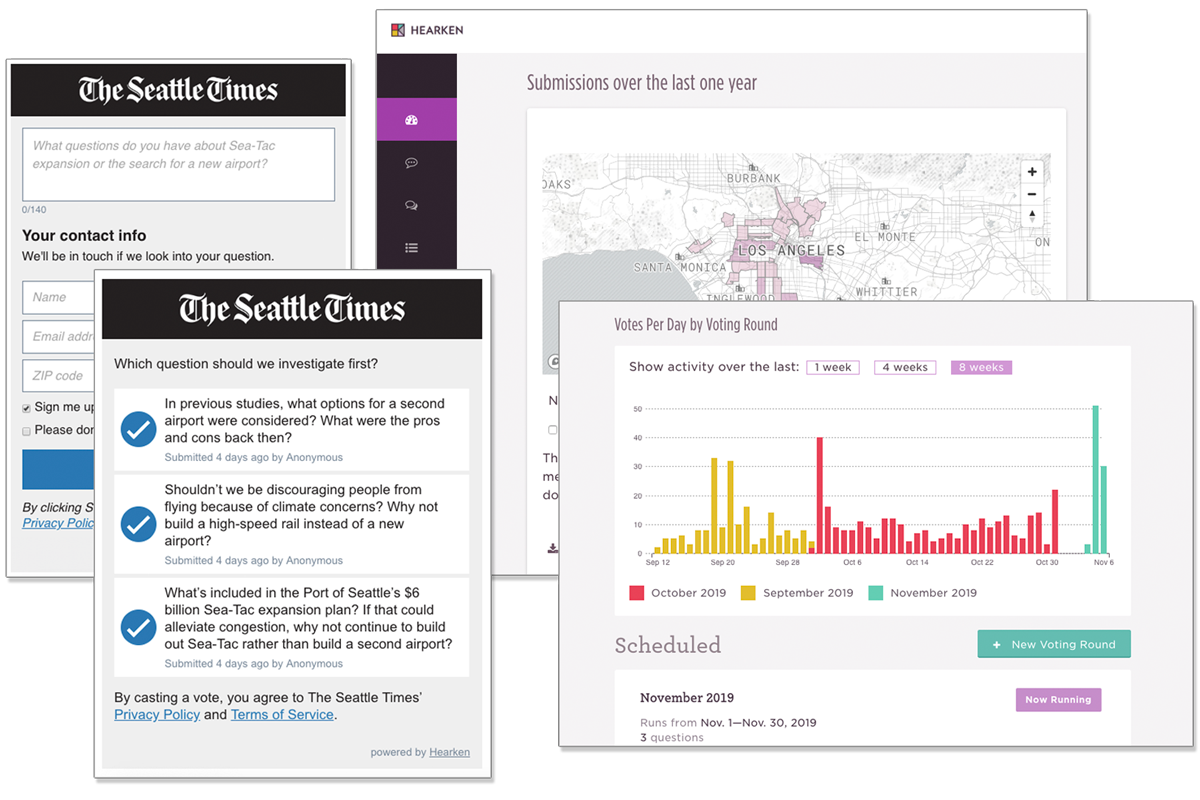 Hearken’s tech has been a very powerful tool for us to really get to know our audience in a new way. The tech has really elevated what we are doing around engagement beyond just pumping our stories out on social media and watching people talk about them.

The EMS enables the public to submit questions or vote on questions they would like your organization to answer.

In the, EMS valuable insights and data are organized, exportable, and ready for action.

Your team can easily get in touch with the public directly, and staff responsible for audience growth love that the public can opt-into newsletters and deeper relationships with the newsroom.

How WNYC engages its audience with the EMS 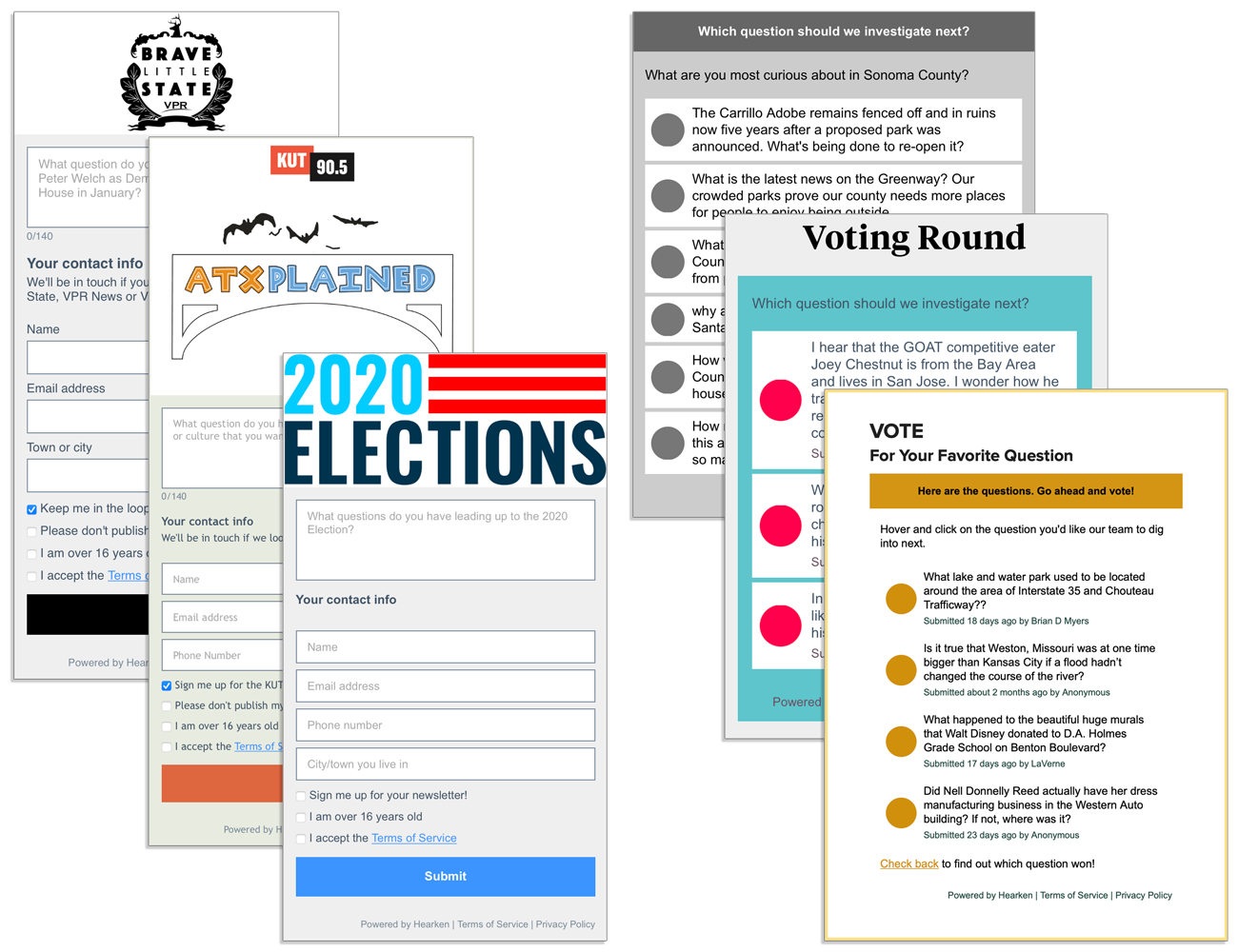 Foster a Culture of Engagement

The EMS empowers organizations to generate actionable insights from the public to create more relevant, representative and original content and services.

The platform helps organizations translate into reality the move from the legacy “inside-out” public engagement approach towards an “outside-in” engagement process, by bringing audience inputs further upstream into content production or service design.

The EMS helps staff keep engagement organized, facilitates efficiencies in workflows and allows the organization to gather audience data to enrich its existing analytics. Created by a journalist and originally made for journalists, the platform now serves more than 150 partners from newsrooms to public government and civic engagement organizations.

Hearken generated the #1 top-performing story to date for the following newsroom websites: WBEZ, WUWM, KRCC. These newsrooms have had some of their biggest website and social media hits of all time because of Hearken: WESA, NHPR, VPR, AL.com, and Lancaster Online.

Hearken-powered journalism has won the most prestigious awards in the industry, including the Edward R. Murrow Awards, PRNDI Awards, and Associated Press Awards.

A year-long, independent study revealed that readers who engaged with Hearken were between 2–5x more likely to convert to paying supporters.

A data study of organizations using Hearken showed that 56% of those who submitted questions through the Hearken EMS also subscribed to their newsletters.

Learn more about what the EMS can do for your organizaton 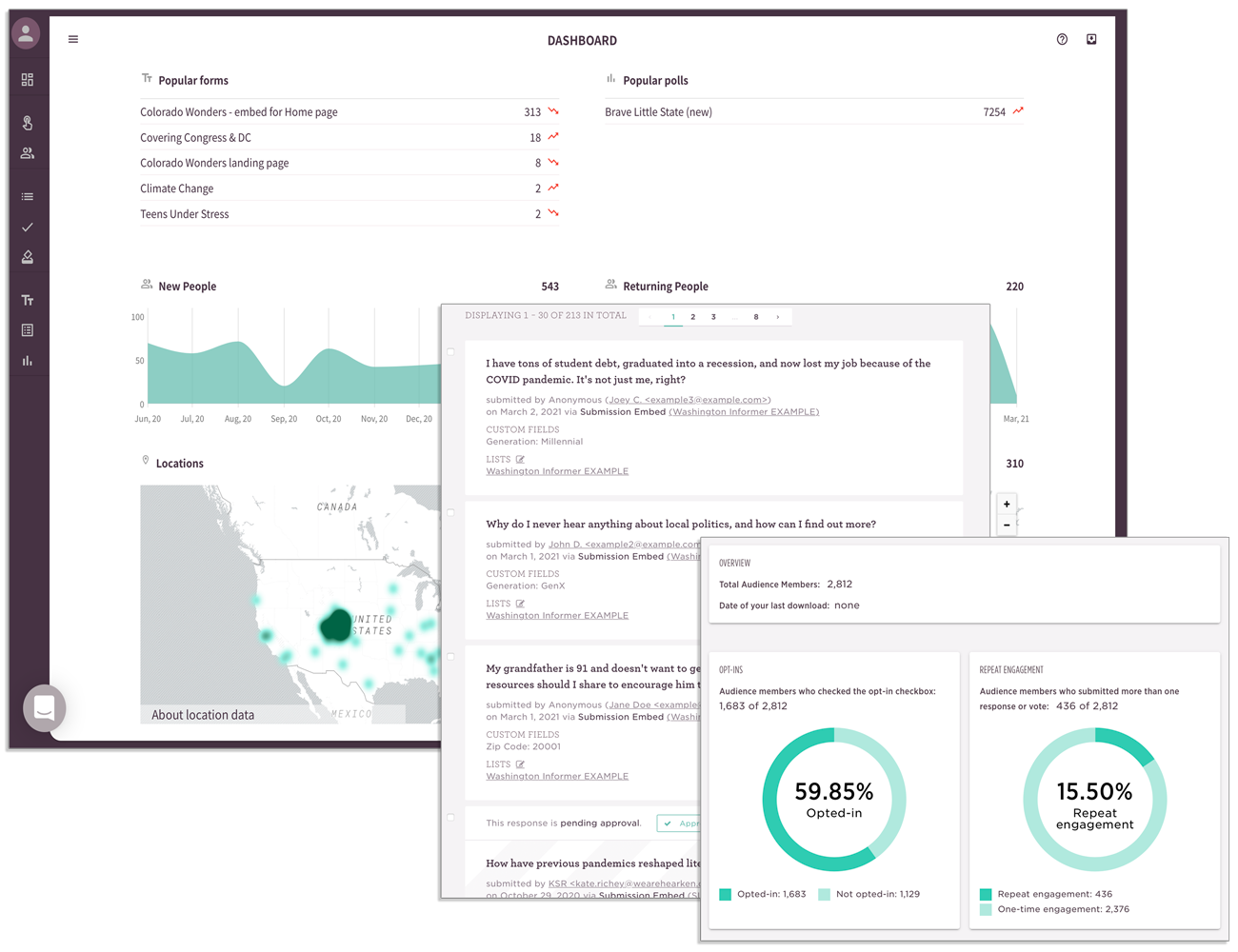 “Hearken’s public-powered model and technology has proven to be a foolproof way to identify story ideas that are basically guaranteed to connect with readers. Nearly every time we do a Hearken-based story, it soars to the top of our analytics.”

“Hearken helps us understand what our communities care about, gives us award-winning story leads, and helps us foster productive relationships with our listeners that lead to real-life impact.”

“The average time-on-page for Hearken-powered stories was 5 minutes and 25 seconds, which is about four times higher than the average for WPR.org.”

Review available plans for the EMS

Get in touch
We use cookies to ensure that we give you the best experience on our website. If you continue to use this site we will assume that you are happy with it.Accept