#4ThePeople: What questions do you have for candidates in the November election?

#4ThePeople: Your election questions answered by the Kootenai County Clerk

Women: How has the COVID-19 crisis affected your work and home life? Tell us here

Her Recession: Spokane steps up in a big way for single mother

Packed In: 4 News Now launches new reporting project to focus on growth in the Inland Northwest

Packed In: ‘It’s criminal’: Some think rent caps could help the housing issue, but it’s complicated

If it’s new to you or your organization, you might wonder whether investing time and money in engagement journalism is justifiable in an age of shrinking newsroom budgets.

KXLY-TV is a regional TV news station that covers the Spokane area in Eastern Washington and Couer d’Alene area in Idaho. The results they’ve generated with their engagement work prove that the answer is an emphatic yes.

KXLY-TV’s public-powered series and audience engagement strategy were so successful that they “stole the show” in the words of their first-ever annual sponsor, whose sponsorship covers all of the station’s news programming, not just a particular segment.

In 2020 and 2021, KXLY-TV’s editors used Hearken to launch three new series that asked their viewers to guide what they reported on. Hearken enabled KXLY-TV to:

Internally, Hearken helped KXLY-TV’s editors promote engagement journalism within the newsroom. Now, reporters have seen the benefit of involving their viewers and readers in the reporting process and are eager to include Hearken prompts in their stories.

“Having Hearken was such a lifeline — it gave us a direct line to our audience when we couldn’t go out on the streets. It has made our job easier from a news perspective, and now we have such a better idea of what kind of content our audience wants.”

Through Table Stakes, they identified one viewer persona that they wanted to reach, which they nicknamed “Chelsea.” Chelsea is a busy mom, between the ages of 38–42, who needs her information delivered quickly and clearly.

KXLY-TV devised a set of four “from-to” statements to describe the methods they would use to engage Chelsea:

At Hearken, we believe that reaching goals like those KXLY-TV set for itself requires ongoing work through processes that build on themselves over time. We call this an engagement ring or a listening loop:

We use this metaphor because we believe that engagement is a process that succeeds over time as your continually build trust with your audience.

In their first public-powered series, #4ThePeople, they asked their viewers to submit questions about the 2020 national, state, and local elections. 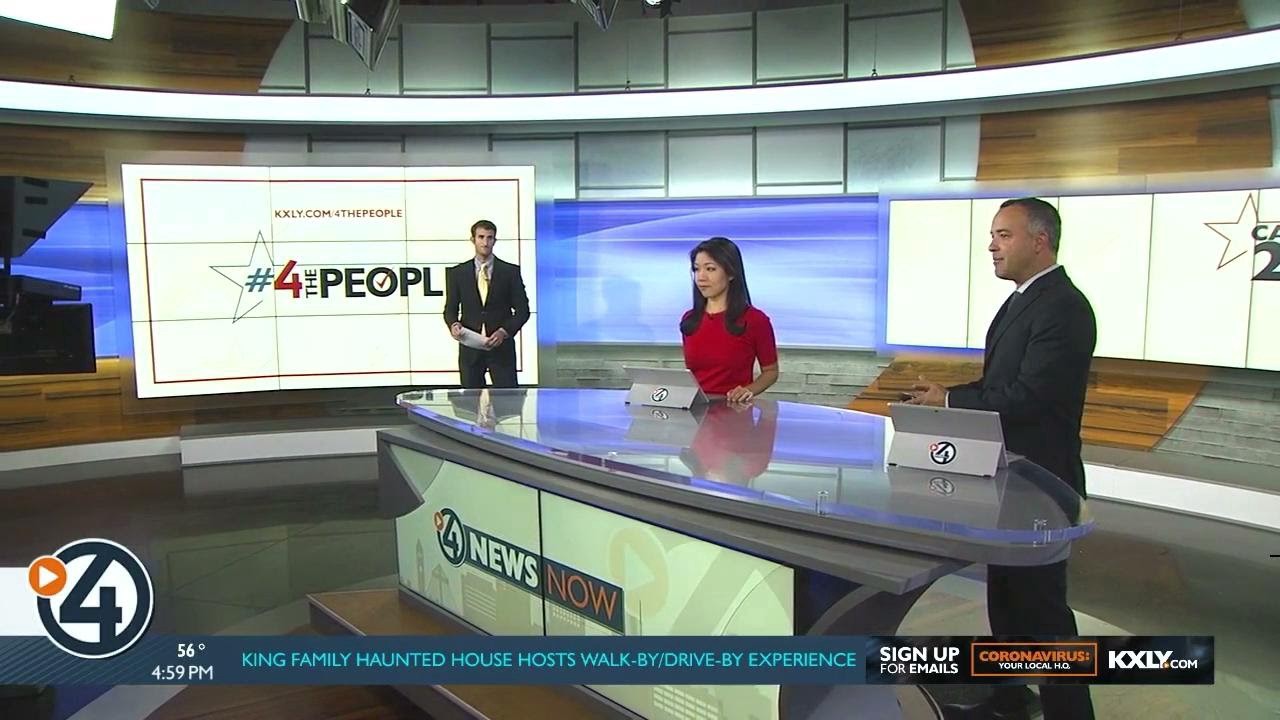 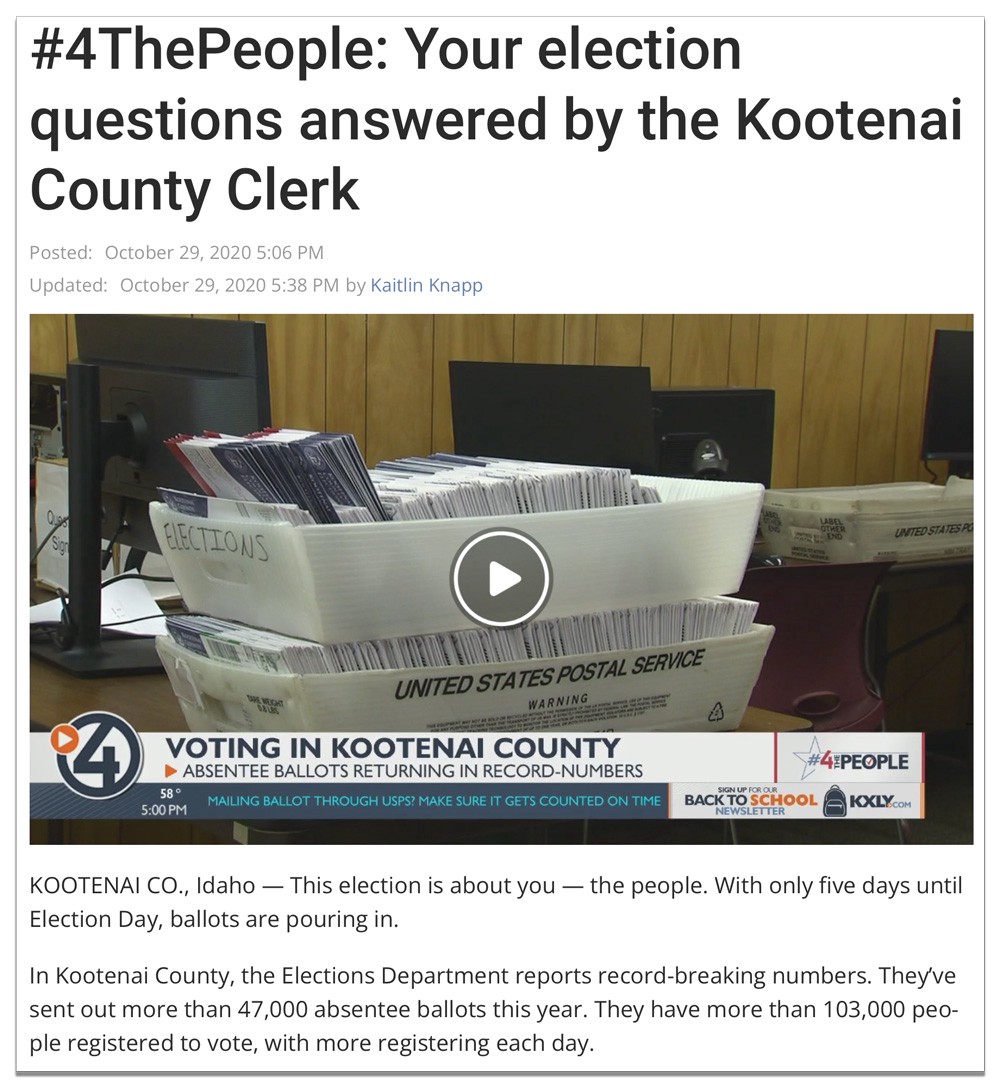 With #4ThePeople, KXLY-TV practiced an engagement workflow by soliciting their viewers’ questions about local elections and answering those questions on air and online. They incentivized participation by explaining why they were asking. Introducing question-askers by name humanized their coverage and underlined the important role the audience plays in their editorial process.

KXLY-TV’s next project was designed specifically for their Chelsea audience persona — busy mothers between the ages of 38 and 42.

Because women have disproportionately been laid off and dropped out of the workforce, for their Her Recession project, KXLY-TV asked women in their audience about how the pandemic had affected their work and home life. They used a Hearken form and embedded it in their website to gather input from their community and inform their reporting. 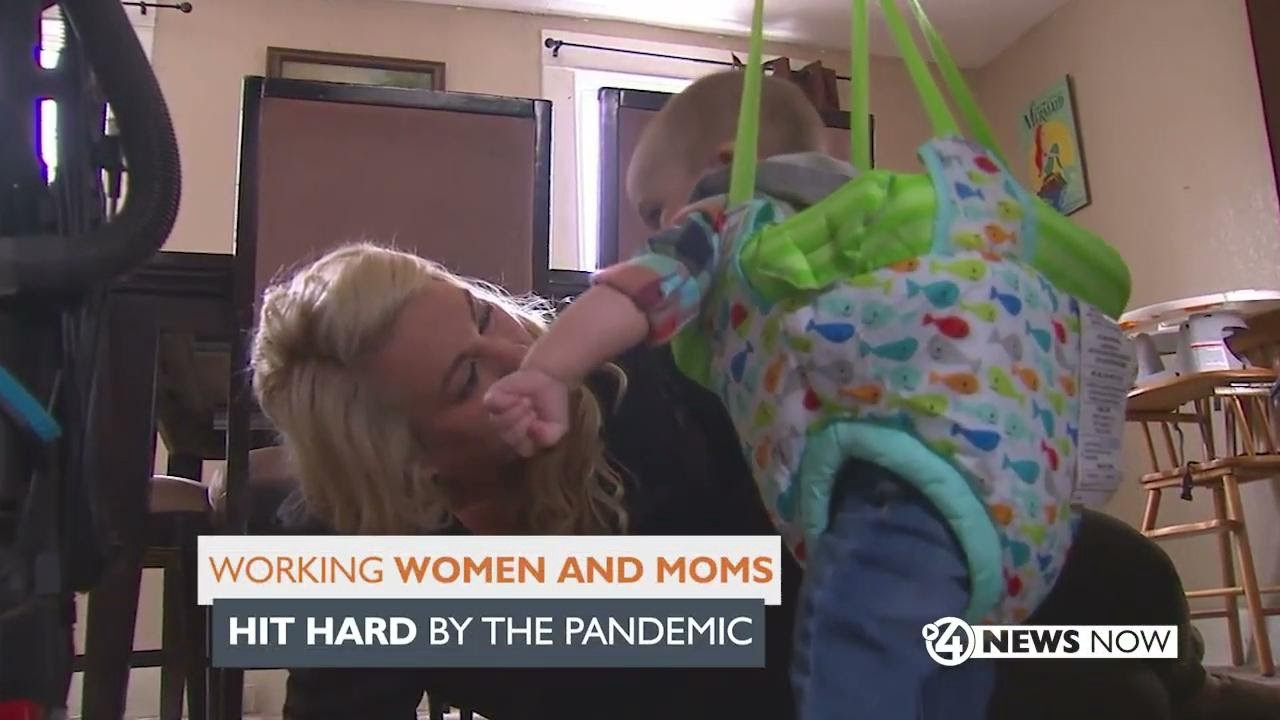 Her Recession not only helped KXLY-TV better understand members of their audience who fit the Chelsea persona—it also got those audience members’ stories on the air.

One woman featured in a Her Recession segment received gift cards, meals, and baked goods from the community in Spokane after the station aired her story about being laid off. She even got a job offer from a local law firm.

Her Recession moved one viewer so much that they wrote a check to a nonprofit for $12,000 after they saw a 4 News Now segment on the organization, which provides chef-made meals to women and children in the community.

After the success of Her Recession, KXLY-TV worked next to expand their constellation of engaged community members. Their Packed In project invites their viewers and readers to engage with them around Spokane’s rapid growth.

KXLY-TV used on-air promotion to drive people to their Packed In prompts where audience members can submit questions to reporters. Their promotion leans into the fact that their audience drives their coverage.

This allowed them to solicit responses from viewers outside of their regular newscasts and digital properties: Promotions were seen by people watching other ABC shows, MeTV, and programs on Comcast.

The stories generated from audience questions through their Packed In prompt are consistently among KXLY-TV’s most-read stories.

Packed In has been so successful that KXLY-TV plans to experiment with holding live events about growth in the Spokane region.

A return on engagement

KXLY-TV is able to directly measure their financial return on their engagement journalism in the year-long, newsroom-wide sponsorship they secured as a result of their public-powered series.

Their other returns are harder to measure, but at least as important: the trust, goodwill, and attention of their audience.

If you’re interested in work with Hearken to translate audience engagement into audience trust and meaningful financial support for your newsroom like KXLY-TV, talk to us! 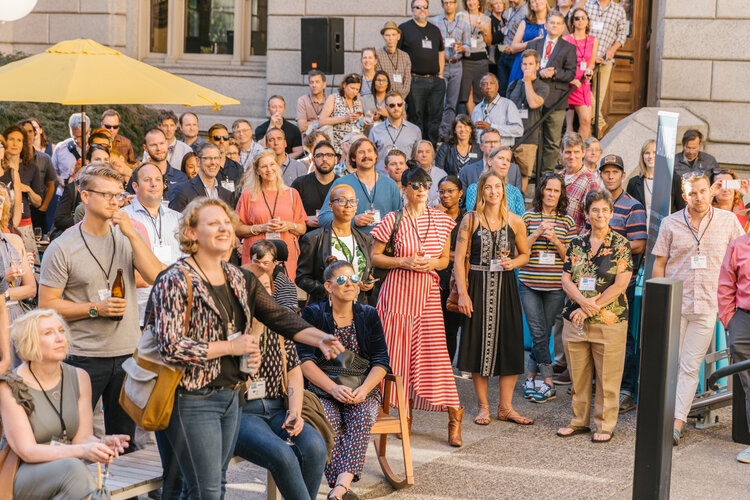 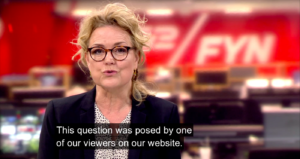 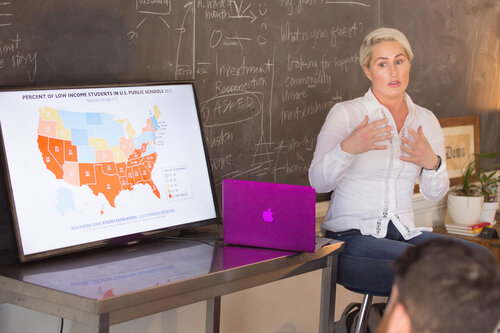